Challenging The ‘Thug Force of The Met Police’ aka ‘TSG!

The 3rd August wasn’t like any other Saturday; actually, what am I saying….of course it was!!  I experienced another afternoon of challenging the outrageous over-zealousness and rudeness of many members of the London Metropolitan Police Force, in particular those who are in the ‘TSG’ gang or ‘Territorial Support Group’.

I do hope that by recording and publishing some of my more stressful experiences, that it will shine a brighter and broader light on just how dire the state of this once great nation is in, especially, with regards to our rights as citizens.

It has become very evident to me over the past 18 months or so, that many of the freedoms I believed that we possessed as a ‘free people’, have all but gone.  Through my personal experiences with the legal system over this same period of time, I have concluded that, unless many more people take direct action themselves, with regards to engaging with their MPs, newspaper editors and , even some local media outlets, (as far as writing emails and participating in phone-ins, say), challenging  what is going on as far as what they see happening to our vanishing human rights’ goes, there will be many, many people who will wake-up one day and receive a very severe shock in the very near future.

I am not exaggerating and I believe that after seeing a few more of mine and other regular people’s troubling encounters with police, MPs and other public servants, via You Tube and other social media, many more people will awaken to the dystopian nightmare which is rapidly enveloping our world, (similar to the one as described in George Orwell’s novel, 1984.

This You Tuber has a pretty hilarious take on current events – we need many more of Veehs!!
He happened to mention me towards the end of this video – to say that he will be interviewing me for his channel soon!

I look forward to it….

After my photo shoot for the Free Speech Event, I decided to swing by Parliament Square for a relaxing end to a beautiful day, (event-wise and weather-wise)…whilst there, I noticed a horrible sight – EU flags hanging outside the gates of The Houses of Parliament!!  Well – this is what happened next…..(An offence to The Brexit Vote had to be dealt with)!

(Apologies for the sound and video quality – my mic was faulty and I hadn’t realised that the footage was bitty)!

This made my day!!

One of my lovely supporters put a smile on my face with this Tweet: 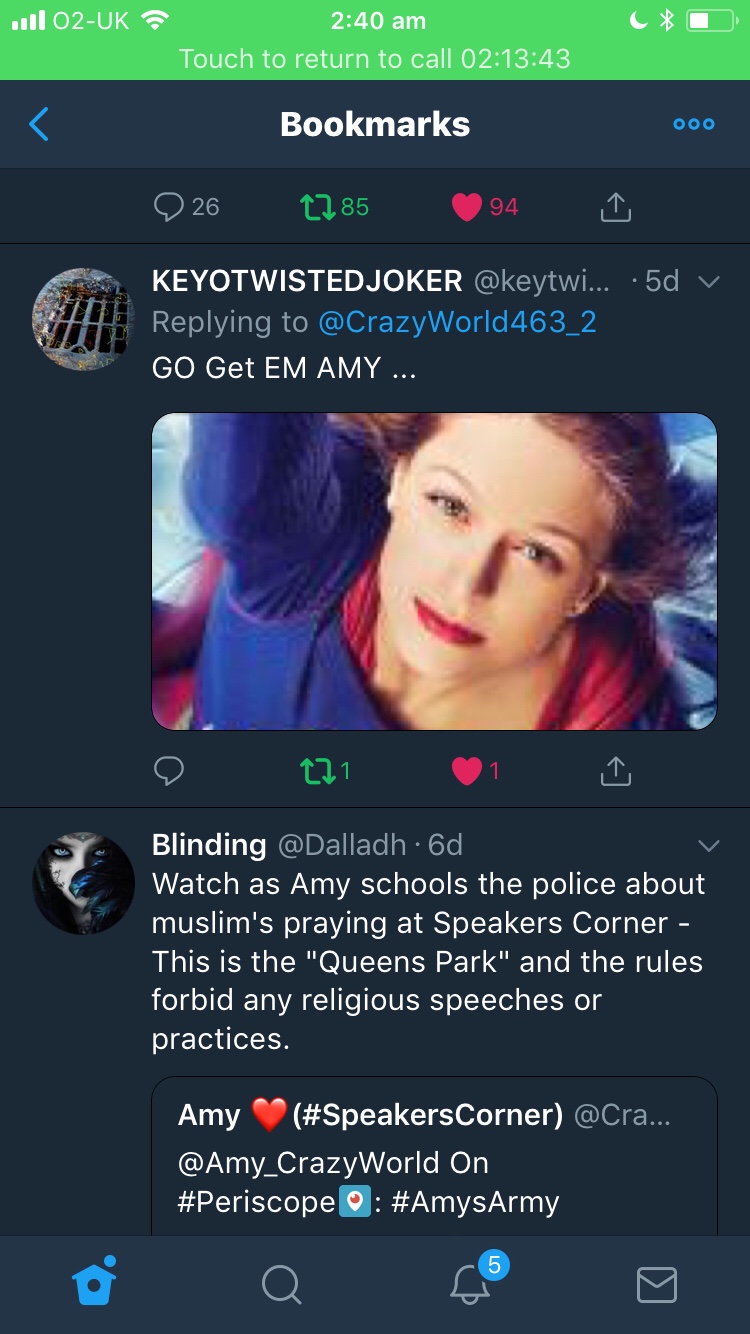